The culture, tradition and language of the Roma population in Bosnia and Herzegovina are areas that have been insufficiently explored, and are mostly tackled sporadically, during the celebrations of their major holidays. The absence of thorough research, as well as the fact that the governmental and non-governmental organisations are rather focusing on the existential problems of the Roma community – shadow the culture and tradition of the largest and most jeopardized national minority in BaH.

Written by: Hilma Unkic; Photographed and filmed by: Mirza Ajnadzic

Jasmin Pandzic, from the village of Malo Cajno in the vicinity of Visoko, learned the Romani language from his parents. As a child, he was mainly communicating in his mother tongue, whereas today he almost has no need to use it. His wife and children do not speak Romani, neither do majority of the Roma population living in the same settlement.  He says that the same thing is with holidays, St. George’s Day and St. Vasilij Day, which were regularly celebrated by his parents, whereas he is no longer doing it.

“The Romani language was widely spoken in my environment as I was growing up, which is how I got to learn it. You could hear it on the street, in the bus, even in the school. Today, though, our children can’t speak Romani, they even don’t know a single word of it”, says Jasmin, adding that he is sorry this is the case.

Asked why he hadn’t taught his children the Romani language, he said that there was no need for that.

“It is unfortunate, but that’s how it is. I grew up in a certain environment, gained some experience there, reached a certain age there, but here I look around and see that no one speaks the Romani language… That’s partially the reason – come on, why would my children learn Romani where no one else speaks it, what use would my children have from learning that language – says Jasmin.

Jasmin, however, explains that the situation is not the same in all Roma communities. He has experienced something else in certain settlements he has visited, where the Romani language is much more represented. According to him, the reason for that is that those Roma communities are largely excluded from the rest of society. On the other hand, children from his village go to regular school, and the adults have normal jobs.

“However, those who are in a poor financial situation are much more isolated from the rest of society. And they are the ones truly nurturing our Romani language. I am, on the other hand, acquainted to some people who are very well-off, and are also Roma by nationality – they spoke Romani before, but decided not to any more” – clarifies Jasmin. 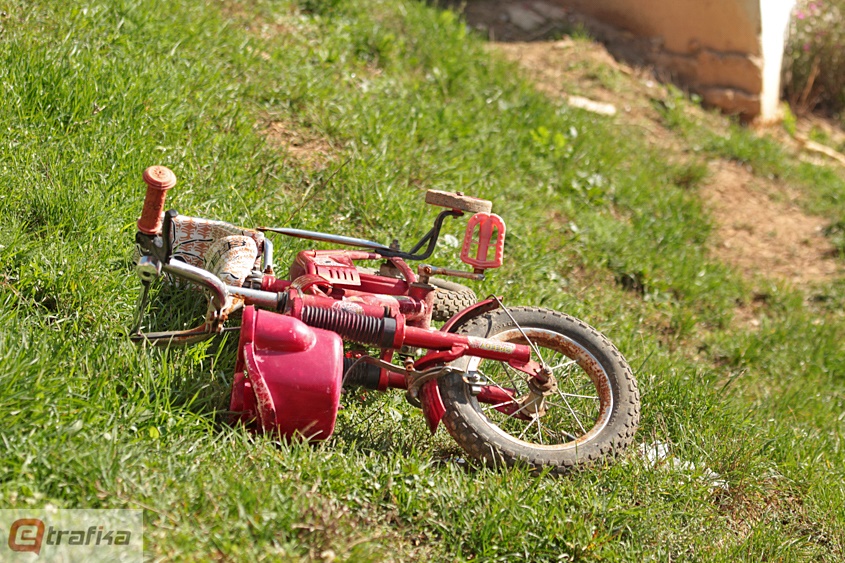 Dalibor Tanic, a journalist and an activist living in Sarajevo, explains that there is no serious research that would show to what extent Bosnian Roma are familiar with their mother tongue. He even alerts to a danger of extinction of his culture.

“I myself do not know enough. My parents taught me only a part of our culture, I will pass on twice as less to my children, while my children or perhaps a generation succeeding them might totally forget that they are Roma“, says Tanic.

Dalibor is of the opinion that the protection of identity and language of a nation has to be institutionalised. Associations in Bosnia and Herzegovina, and those beyond, have insufficient capacities to tackle this issue more seriously given that it has to be dealt with scientifically. This journalist believes that sporadic projects and the celebrations of major holidays are not even close enough.

“If there is a true wish to deal with this matter, then it has to be done on a scientific level, especially when it comes to language or culture of a nation. It cannot be done through some projects, one-day or two-day seminars“, points out Dalibor.

The Association of Roma Women “Better Future“, from Tuzla, believes that their organisation has sufficient capacities to deal with the protection of tradition, culture and language. For many years, this Association, apart from other activities, has been organising celebrations, significant for the Roma community: World Day of Romani Language, St. George’s Day, Alidjun (Ali’s Day), Roma New Year and International  Roma Day.

“We have the capacities, given that the Director of our Association, as well as our employees, are Roma, they come from the families that cherish tradition and culture. It is hard to expect that the institutions will pay too much attention to these issues, when they have to deal with, let’s call them so, major life issues, but this is something we are working on, that we focus on, in parallel with all other activities we are engaged in“, explains Larisa Kovacevic, Program Manager of this Association.

Although this Association claims that there is no study or deeper analysis based on which it could be predicted for how long the tradition of celebrating major Roma holidays will continue, their field work carried out over the last several years shows no signs that the interest of the Roma community to celebrate their holidays is declining.

“So far I haven’t noticed any decline in the celebration of any Roma holiday, be it St. George’s Day or Alidjun’s Day, since we are regularly receiving invitations to attend such celebrations, even the private ones. Young people are quite interested in celebrating both St. George’s Day and Alidjun’s Day, but other holidays too, and they do it together with their families , continuing with their friends in the evening“, explains Kovacevic.

In those communities in which this Association is active, the Romani language is spoken inside the family, and is often the main language of communication. However, the Association also points out the problems that the members of the Roma community face because of their identity.

“We believe that the language is an identity of a nation, and it should be preserved and spoken with pride. On the other side, as a result of many years long discrimination and prejudice, certain number of Roma men and women are unfortunately hiding their true identity in order not to be discriminated against or exposed to prejudice, which ultimately might endanger their existence“, says Kovacevic.

Kovacevic continues to explain that one of the objectives of this Association from Tuzla is to bring a rich tradition, culture and customs of the Roma community closer to their fellow citizens, and thus fight against prejudice and stereotypes. As a positive success of their work she singles out the example that after every 5th November – World Day of Romani language, but also throughout the entire year, their fellow citizens approach them with interest to learn Romani.

Schools still not open for Romani language and culture

According to a new European Commission Report on Bosnia and Herzegovina, there are no lectures in the Romani language, or about the Romani language in Bosnian schools, while the awareness of other citizens of the Roma culture is very limited. Although the discussion about steps required for the introduction of the Romani language and Roma-related content into the school curriculum and academic programs is on-going for years, there have been no outcomes, instead only proposals and written initiatives.

The Ministry of Human Rights and Refugees of Bosnia and Herzegovina says that the 2018-2022 Framework Action Plan on the Education Needs of Roma in BaH is still in force, and it defines educational goals, which are to incorporate the history and culture of Roma in curriculum and textbooks, as well as to introduce the Romani language in schools as an elective subject, or in some other alternative form.

Asked whether anything of the above has indeed been implemented anywhere in BaH, the Ministry gave no answer, whereas the reality shows that the actual implementation is still missing.

For example, in the 2020/21 and 2021/22 academic program guides for future students at the Sarajevo University’s Faculty of Philosophy, it is stated that “the students may expand their knowledge by attending the lectures and taking exams at elective courses in Czech and Swedish language, as prescribed by the study programs, but also in Slovenian, Polish, Japanese, Chinese Ladino and Romani language“. However, we have learned from this Faculty that the Romani language is still not available as an  elective course, but that the initiative for its introduction has been embraced by the University of Sarajevo Senate, and that all further steps in this direction will be “available and transparent“.

Jasmin Pandzic tells us that if his children were offered the opportunity to learn the Romani language at school, he would definitely instruct them to attend such a course.

Asked if it is justified to fear that the full inclusion of Roma children in the education system might further jeopardise the language and identity of this community, the Association “Better Future“ reassuringly says that the inclusion does not mean that a child will have to adjust to the demands of a teacher, instead it means that the education system should adapt to the needs of a child.

“We believe that we have the right to inclusion that will certainly contribute to the strengthening of the position of Roma children, and I also don’t see any reason as to why the identity of any ethnic group should vanish as a result of inclusion into any sphere of social life, let alone education. Because every child will get the right to nurture his language, culture and tradition, whereas we, as adults in the education system, should do our best to understand the needs for the inclusion of such a child“, concludes Kovacevic. 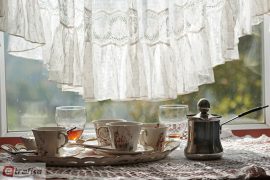 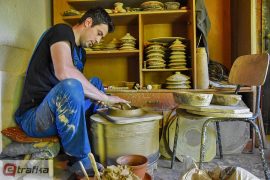 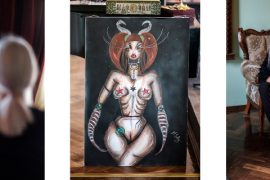