Although more than four million marks are poured into the city budget from parking fees every year, there is no legal basis for the payment, because, as eTrafika’s research showed, none of them has a use permit, that is, proof that it meets the conditions on the basis of which it can realise a profit.

This is why charging for parking in these parking lots is illegal, because in order for the city to obtain material benefits from these areas and make money in accordance with the law, it would, first of all, have to legalize them for that purpose.

The consequence of this, according to relevant interlocutors of eTrafika, is the reversibility of all fines incurred in these areas precisely because of the lack of a legal basis for the collection, and therefore punishment for “illegal” parking, which can potentially lead to unforeseeable consequences for the city budget.

Also, damage that would occur to a car in a parking lot without a use permit is non-recoverable and can be challenged in court. The citizens are not aware of this, and the City Administration apparently does not care to legalize the charging of the areas it has designated for parking, because even in this way the charging on them is going great, and no one complains.

One of our interlocutors says that he is amazed by the fact that parking is making money even though there is no legal basis for it. In addition, he says, numerous technical problems have not been solved for most of these surfaces, but nobody pays attention to that either.

“Until now, I have not seen any parking lot that has a use permit, and almost everyone has a payment machine. For some parking lots, there is a decision by the City Assembly that the area is declared a parking lot, that it is a parking zone, and revenues are generated based on that. This is not in accordance with the law, because no space, neither external nor internal, can generate income without a use permit”, he says.

The law says that no building, even business premises, can generate income, be it a parking lot or a hair salon, a residential building or a convenience store, if it does not have a use permit and if it has not been technically accepted.

“It is necessary for an expert body, a commission, to go out on the field, inspect everything and determine that the facility is technically correct for the performance of its activities. If there are defects or something has been done to it that does not comply with the technical requirements, the commission orders correction. Only when everything is fulfilled, the use permit is issued”, explains our interlocutor.

He goes on to explain that our city parking lots do not even have a building permit, which is normal, they were created a long time ago, 50 or 60 years ago. However, they have never been technically correct for use, and therefore not for generating income.

“Let’s say, if you park in one of those parking lots, near ‘Kraš’ or ‘Talia’ and a wheel falls off, if you damage your car, you would have no one to sue. The damage caused in that parking lot can be disputed and no one will be held responsible for it. At the same time, you will regularly pay three or five marks for a daily ticket. You will also pay a fine for illegal parking”, says our interlocutor. 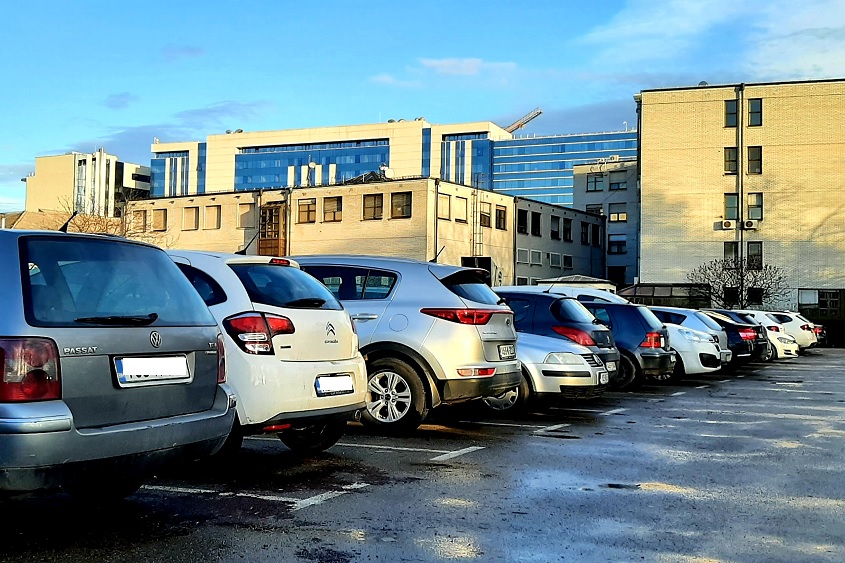 The answers to the questions we sent to the City Administration of Banjaluka confirmed our information and said that there are disputes at parking lots like the ones we mentioned and that property legal relations have not been resolved.

“Given the unresolved property and legal relations, even the technical documentation on these areas is not complete,” they told us.

By the way, construction use permits are documents that are issued after the building structure or facility is completed and meets all prescribed standards and requirements. A use permit can be issued for different types of buildings, including residential buildings, business facilities, sports facilities, public facilities, parking lots and others. This permit contains information about how the facility can be used, as well as the technical characteristics of the facility and the equipment in it. It is issued for a certain period of time and is extended after its expiry.

If the building is used without a valid use permit, this may have different legal consequences, depending on the laws and regulations in force. One of the possible consequences is the withdrawal of the use permit and the prohibition of further use of the facility, and there may be fines for those who use the facility.

When there is no valid use permit, the building can be considered illegally built and there can be legal consequences in this regard, including its demolition.

Given that some permits are also issued by the Ministry of Spatial Planning, Construction and Ecology of the RS, we also sent them questions regarding use permits, but they replied that this is not their jurisdiction.

In the Republic Administration for Geodetic and Property Legal Relations of Republika Srpska, they told us that the issuance of a use permit is the responsibility of the local self-government units and that they are not competent for these issues either. 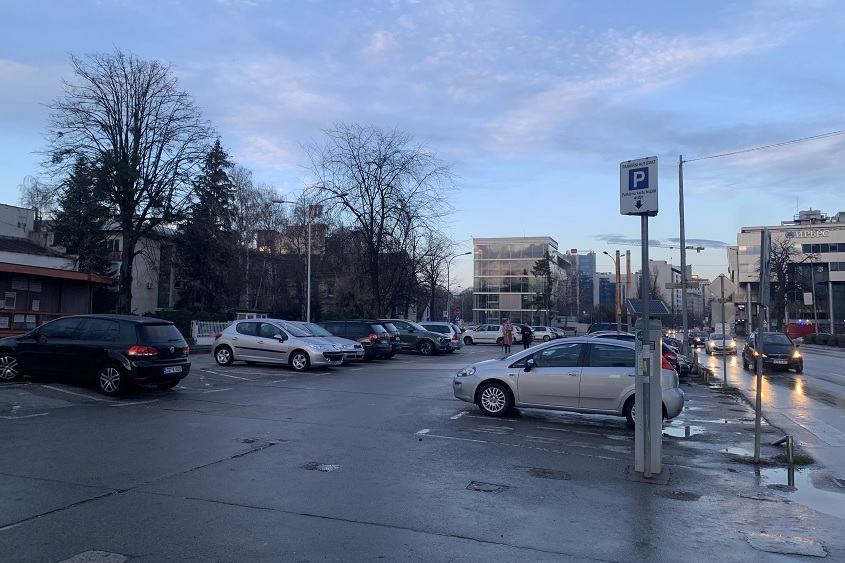 Lawyer expert associate Marko Kojić from Banja Luka says that according to the Law on Spatial Planning and Construction of Republika Srpska, every building, even a traffic one, must be designed and built in such a way as to achieve the safety of the building as a whole, as well as in each of its parts separately.

“The organization of work and the implementation of the procedure for issuing location conditions, construction and use permits is carried out by the administrative body responsible for their adoption. The built object cannot be used, or put into use, before the competent authority issues a use permit, based on a previously performed technical inspection of the object. This is primarily done to protect the facility’s users and confirm its correctness and safety. The owner of the building is fully responsible for the damage that occurs as a result of putting a public facility into operation without a permit,” says Kojić.

He explains that parking fees without a use permit are not legally founded and that in this case there is a legally unjustified enrichment. 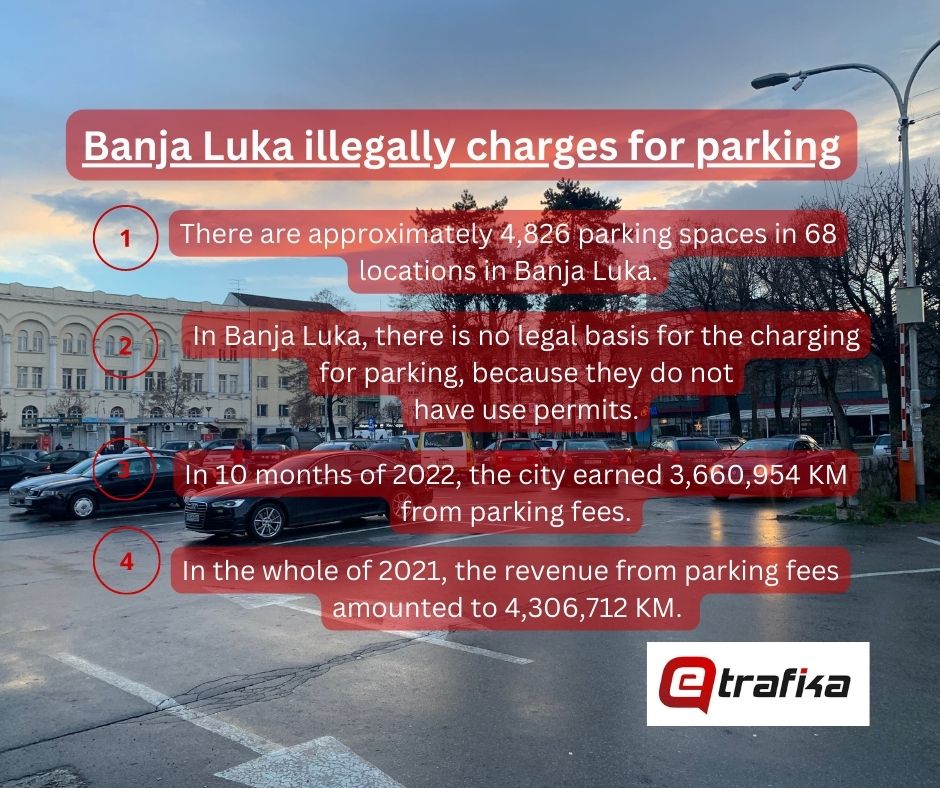 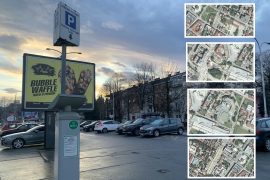 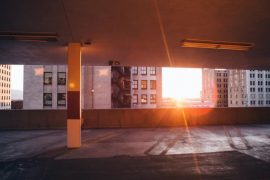 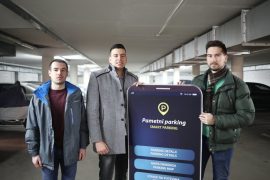