Various researches show that old people are one of the most vulnerable population categories in Bosnia and Herzegovina. Most of them are facing poverty, loneliness and sickness on a daily basis. There only a few of them who are trying to make their life at least a bit easier.

The Banja Luka Mosaic of Friendship Association offers a place where older women can gather and spend some quality time. The Grandma’s corner, as they call it, is open every weekday morning and it gathers around 35 to 50 women on an average day. According to the founder of the Mosaic of Friendship, Miroslav Subasic, the elderly are often faced with being socially abandoned and forgotten. This is the place which shows them how they still belong somewhere.

„Many times people get rejected and forgotten, they are sad, hungry, thirsty and abandoned. There are not many of those who can understand them. By socializing and getting closer to each other, we remove all the masks, all these obstacles. We get to know most of them, and they get to know us, that is how we approach each other“, says Miroslav, known in Banja Luka by his humanitarian work, primarily with the elderly.

A doctor visits Grandma’s corner to advise these grannies about their health. A social worker also comes occasionally. Members of the Mosaic Association are here every day, they give them cookies, make them tea, and these grannies come here to share good and bad with each other.

„We speak about our ups and downs. Sometimes cry if we feel like it. We find out if somebody feels bad, we listen to each other’s family tragedies. We all share good and bad. The Mosaic Association helps us a lot. I do not complain, I have a descent pension, but there are women with really low pensions, and here they can get some bread, while the Mosaic Association shares with us whatever they have“, says Milica Vuletic (83).

Being in Grandma’s corner means more than socializing. It is their escape from solitude. It’s about belonging to the society again.

„We come here, have a coffer or a tea, talk to each other, discuss our problems. We exchange our opinions, hang out for a while. It is a bit better when I go out, when I communicate, instead of being alone at home. Because four walls do not speak, and I feel better when I socialize“, says Mara Dupljak (84).

For most of them, the Mosaic Association is not only an escape from solitude, but from hunger too. Those who cannot survive on their pensions get food and clothes here. In addition, there is a special lunch organised for them on religious holidays, which can be attended by any beneficiary who wishes to. Once a year, this Association takes them on a trip to Kozara, and to the coast as well.

„They come from the families where they can see their grown-up children and the difficulties they face struggling for life nowadays. It all accumulates painfully, which is why we take them to some other place and help them forget all these troubles, so that we can enjoy life all together“, says Miroslav.

„The major and crucial problem we find among older population is poverty. The fact that around 60.000 pensioners live on less than 250 Convertible Marks a month says enough. Low monthly pensions on one hand, and significantly increased costs of living on the other hand“, says Ljubinko Mitrovic, BaH Human Rights Ombudsman.

This is followed by health protection problems.

The mixture of loneliness, poverty, sickness and stressful environment is what majority of older people face every day in Bosnia and Herzegovina. Both entities have developed strategies for this population, showing that an average person older than 65 does not have enough money to cover for his/her needs.

„All this shows what poor conditions the persons of third age in BaH live under, specifically if a person 65+ lives alone. Their expenses are huge, and they all have to pay for utilities first, which makes them forced to save on food, medicines, and other things that are important for normal life. They often live in cold, damp homes, not being able to renovate their living space. Very poor conditions“, Natasa Pivasevic, psychologist, says this with concern.

One of the ways to improve their position is to introduce a principle of life-long learning, that is, to continually acquire new skills and knowledge throughout our lives, even at old age.

„However, for some generations it is too late. We should think about how not to create new generations of the elderly, again living under very difficult conditions. And to ask ourselves what to do with this generation now? It is hard to be motivated, to think about your well-being, to fight for yourself, to value yourself, to think about how to have a better live… when you know very well that you are nearing the end of your life. Your whole life has passed, and you have failed to provide better living conditions for yourself. How can you try to be more active then, to be engaged in something? If you live like that, there is a good chance that you will not have a good perception of yourself, and if you do not have a good perception of yourself, there are small chances that you will go out, socialize with people even if you have an opportunity to do so“, she adds.

Another thing that affects a bad position of the elderly is the attitude of younger generations towards them. Pivasevic highlights that in Bosnian society there is not enough empathy between the generations and that children and older persons are being perceived as a burden.

„It happens to us that the end of our life somehow seems worse than we have expected, because we do not have any more strength to work, we are not active and we are not contributing to the society.  And what is there for us in the end? We become a burden. This is not the case for everybody, but it often happens. For example, I found one research according to which 30% of media reports represent third age generation as weak, and about 30% as aggressive. But it is very interesting to think about that contrast: weak-aggressive. Angry and helpless“, she explains.

Human Rights Ombudsman Ljubinko Mitrovic warns us that the situation could become even worse. He explains that with the migration of youth, BaH is losing its working population, as well as their financial contributions to the health and pensions funds.

„Over time, we will face a problem that there will be a lack of money in the Pension and Disability Insurance Fund, which depends on our payment of social contributions. If we do not have people working in this country we will have empty funds. Unfortunately, there is no alternative in the context of providing finances for these funds. There are no suggestions as to how to find funds for these budgets, to find new modalities and the ways to provide money to help socially vulnerable population, first of all the elderly, but other citizens too“, he claims.

He mentions France as one of the foreign countries that is taking care of this problem successfully, where he learned about their model for collecting money for social funds by sitting in a coffee bar there.

„At 9 o’clock, a waiter came to charge the drinks we had until then. I asked him: „Are you closing now, what is happening, is there a problem?“ He responded; „No. There is one tax rate until 9 o’clock, and a different one after 9.“ The beer we drank until 9 was taxed at one rate, much smaller than the one we drank after 9 o’clock. I found it hard to believe, but this difference in tax rate is what goes to social welfare funds“, Mitrovic recalls.

He also reminds us that taking care of our relatives, no matter old or young, is a legal obligation. If a family member cannot take care of himself, we are morally and legally obliged to take care of him.

„Family values, moral principles, caring, relationship of children towards their parents, children caring for their parents is a legal norm. You have this clearly stipulated in the Family Code, but also in the Criminal Code. Many people forget that by avoiding to take care of their family and to support the older family members is a criminal offense. We should all accept that older people are not a social burden. And they must not be a social burden, they certainly are and have to be the source and the treasure of knowledge and experience. The level of understanding and sensibility should be on a much higher level, we all have to raise it. Us, ordinary citizens, as well as all competent levels of government“, Mitrovic accentuates. 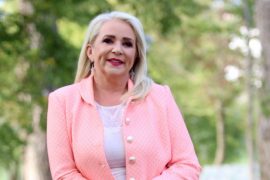 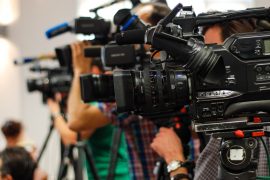 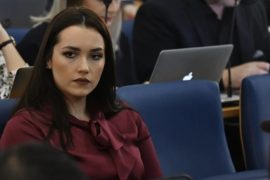