More than 15 years ago, the government of Republika Srpska imagined building three hydroelectric power plants on the Bistrica river, near Foča, and this idea has cost Republika Srpska tens of millions of KM so far. For a decade and a half, strategies, studies, projects were made, money was spent, and ownership of hydroelectric power plants, which exist only on paper, was transferred.

Republika Srpska sold, then after a decade bought the company HE “Bistrica”

In 2006, the Government of Republika Srpska granted a concession for the construction of four hydroelectric power plants to “Elektrodistribucija” Pale, which therefore established the company “HE Bistrica”. The four hydropower plants on the Bistrica and Janjina rivers were supposed to have a total capacity of around 38 MW.

Then, in 2008, the government decided to include Milenko Čičić’s “Kaldera company” from Laktaš in the construction of those hydropower plants worth about 150 million KM, and the Shareholders’ Assembly of “Elektrodistribucija” Pale handed over, without a tender, 90 per cent of the ownership share in “HE Bistrica” to the Laktaši company for 6.8 million KM.

Čičić is known to be close to Milorad Dodik, a member of the BiH presidency from Republika Srpska. For years, Dodik held business meetings in Čičić’s motel “Kaldera” in Laktaši.

However, a few years later, in 2012, “Kaldera” offered “Elektrodistribucija” Pale to buy a share in the company “HE Bistrica” due to the lack of money for the construction of hydroelectric plants. The purchase was not realized, and “HE Bistrica” is owned by the company “Energo Bosna” Prague, Czech Republic.

The hydroelectric power plants were never built, and for an unknown reason, in February 2019, “HE na Drina” offered to buy 51 per cent of the share in “HE Bistrica”, with the intention of buying the entire share of “Elektrodistribucija” Pale (10 per cent), and part ( 38.5 per cent) of the ownership of the Czech and (2.5 per cent) of the Laktaši company. It was quickly adopted that 10.5 million KM should be paid.

Not long after, at the end of 2019, the Shareholders’ Assembly of “HE na Drina” decides to buy the remaining 49 per cent of shares in the company “HE Bistrica” for about 11 million KM.

Thus, Republika Srpska bought the company, which it sold for 6.8 million KM, for about 21 million KM.

It was only after the purchase that it turned out that “HE na Drini” did not have the money to build a hydropower plant, and no bank wanted to give them a loan for these purposes, which was only a confirmation of the unjustification of the takeover of “HE Bistrica”.

A review of the available documentation shows that the works on the construction of hydroelectric power plants in Foča, worth 201 million KM, have begun and that Article 5, Paragraph 1 of the Law on Public Enterprises, which states that the Assembly of a public enterprise adopts a business plan and investment program, has not been complied with. as well as Articles 281 and 290 of the Law on Business Companies, which prescribe the jurisdiction of the Shareholders’ Assembly. 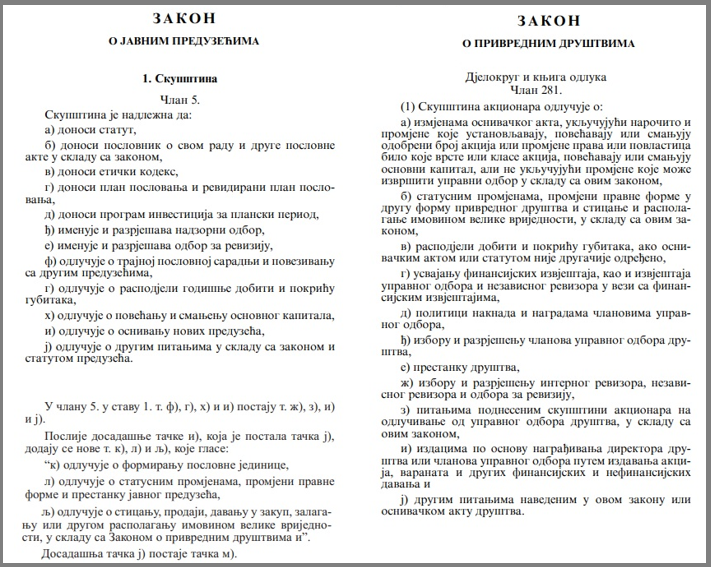 Only two months after the start of the works, in February 2022, “HE Bistrica” requires consent to the Investment Decision for the construction of three hydroelectric power plants on the Bistrica River. At the end of February, the Audit Committee and the Supervisory Board decided on this, while the Decision of the Government of Republic Srpska on granting consent was only adopted on March 10, 2022.

As for financing, since two attempts to secure credit from banks for the hydropower plant construction project failed, the parent company “Elektroprivreda Republika Srpska” had to appear as a debtor, which on April 14 signed a contract with Unicredit Bank Banjaluka worth 30 million KM for financing the construction of HPP “Bistrica”.

However, even this did not mean that the works could begin, because the decision was not made by the owner, that is, by the Shareholders’ Assembly of “Hidroelektrana na Drini”. It was only at the session on April 15 this year that the Decision on giving consent to the Investment Decision for the construction of Hydroelectric Power Plants B-1, B-2a and B-3 on the Bistrica River was discussed.

Finally, the investment decision should be made at the General Assembly of “HE Bistrica”.

The investor, that is, the company “HE Bistrica” stated on the information board that it was preparatory work for the construction of hydroelectric power plants, and as a basis for the start of such work, construction permits that had ceased to be valid in 2013 and 2014 were listed.

The Center for the Environment said at the time that the investor was illegally carrying out and planned to carry out works based on invalid ecological and construction permits, and they demanded an immediate suspension and ban on the works until further notice.

“Environmental permits have never been renewed for the mentioned plants, which must be issued, adequate and valid, at the moment of the start of construction”, the Center emphasized.

The Ministry of Spatial Planning, Construction and Ecology of RS confirmed that there are no valid environmental permits, which precede the issuance of construction permits.

The same Ministry ordered the creation of an Environmental Impact Study for each of the three planned hydropower plants, and only after the approval of these studies is a construction permit issued.

Đokić said that the Chinese did not approach the Ministry regarding taking over the concession for the construction of the “Ugljevik 3” TPP from Rašid Serdarov, although they disclosed their intention to do so.

“We don’t have any activities regarding that, no one submitted any requests. I don’t think it’s true that they agreed, it’s possible that they just talked or that they intend to take over. We will see”, said Đokić.

“At the public debate, it was determined that a number of data in the study itself are not correct and that completely new data is necessary in order to determine the real impact of hydroelectric power plants on the environment. There is already one mini-hydroelectric power plant on the Bistrica river, which is not information stated in the study, and the authors of the study also admitted this. It was also confirmed that there is no new data when it comes to the flow of the river, because the study refers to data from 2006. The authors of the study themselves said that new data is necessary in order to be able to determine the biological minimum, as well as a number of other influences, to which the citizens stated that they do not want to be deceived by outdated and incomplete data”, emphasized the Center for the Environment.

It was also pointed out that the citizens of Miljevina also have problems with floods, and they have no guarantees that they will be protected from future floods if hydroelectric power plants are built. 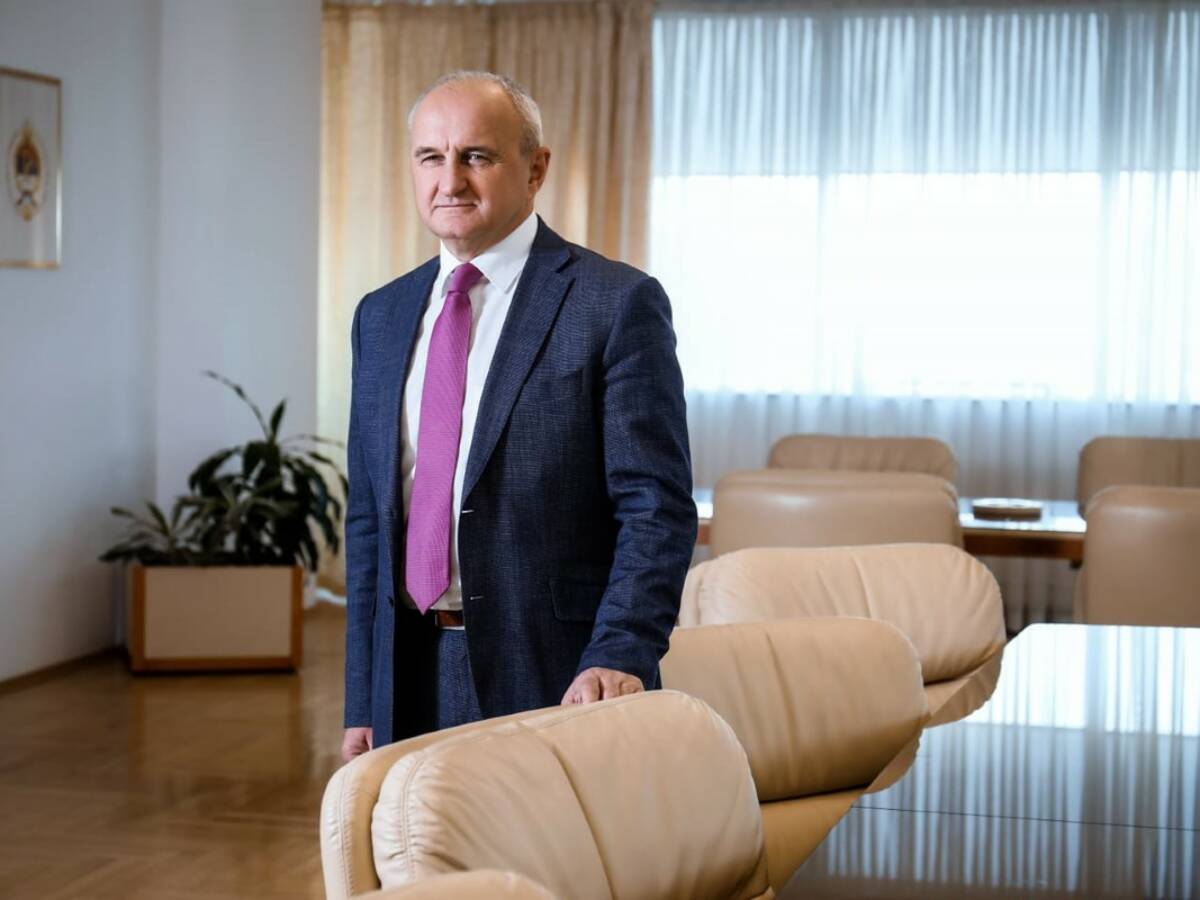 Đokić: Permits in order, otherwise it would not be possible to enter that project

On the other hand, the Minister of Energy and Mining, Petar Đokić, confirmed for the CAPITAL portal that the Chinese company AVIC is a partner in the construction of three hydroelectric plants in Bistrica.

“The work has started, they are doing what was planned at this stage and we have no information that there are any difficulties”, said Đokić.

When asked if there are permits for that project, Đokić said that the permits have not expired and that he does not have that information.

“I have information that all permits are in order, otherwise it would not be possible to enter that project. It is possible that some permits will expire, but they will be renewed”, said Đokić.

At the public consultation, it was stated that, in addition to the mentioned facilities that are being planned and the reservoirs that will be created, there are several protected areas and those that are yet to be. There are the Sutjeska National Park, the Kuk Cave Natural Monument, and the Bistrica Canyon itself is planned for protection by the spatial plan of RS until 2025. It was pointed out that the river is rich in fish species and that the Bistrica canyon serves as a migratory corridor and an area where many endangered species live, such as the brown bear, lynx, brown trout and brown crayfish, which is also a strictly protected species, about which there is no word in protection studies.

The Chinese as partners

The Minister of Energy and Mining in the Government of Republika Srpska, Petar Đokić, says that, in the current phase of cooperation established with the People’s Republic of China and some of their companies, the Government is satisfied.

“What is within the framework of the agreed obligations, they take place according to a dynamic plan. The contracts we signed are being implemented. We have several active contracts, the largest of which is with the Chinese “Eksim” bank regarding the financing of the HPP “Dabar” project, which was concluded at the end of 2021. That project has been activated”, said Đokić.

He reminded that the company “Elnos”, which is a contractor with the Chinese company “China Energy Gezhouba Group”, signed a contract with “Voith Hydro” from Austria in regards to cooperation on the construction project of HPP “Dabar”, that is, on the delivery of electrical and mechanical equipment.

“It is the most important step in the activation of the Dabar HPP project. With the recapitalization of “Hidroelektrana na Trebišnjici”, and thus “HE Dabra”, all prerequisites will be created for the activation of financial resources under the contract with the Chinese “Exim” bank for that project. The Chinese company is the contractor, and we think that they have the capacity to implement the project in accordance with the agreed dynamics”, said Đokić. 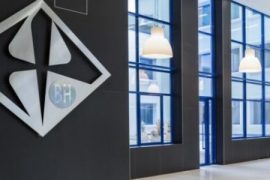 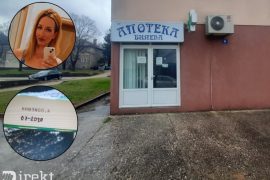