The contract defines that SC Borik will become the owner of the bowling alley after the expiration of the 260-month period, but the mortgage practically means that the space could become the property of the bank.

The Banja Luka Sports Center Borik rented a bowling alley from the private company Dea Still d.o.o. for 260 months in the Banja Luka settlement Lauš, which is quite far from SC Borik. At the time of signing the contract, in December 2020, this company was mortgaged by ProCredit Bank for a loan of one million KM.

The monthly rent paid by JU SC Borik is 7,760 KM without VAT, or slightly more than 9,000 KM with VAT, and the contract defines that after the expiration of the period of 260 months, JU SC Borik becomes the owner of the building. (https://scborik.com/?page_id=3569).

But the mortgage practically means that the disputed real estate is a guarantee to ProCredit Bank that Dea Still d.o.o. will pay back the loan properly, and if this does not happen – the Bank becomes the owner.

The contract defines that JU SC Borik should, without further questioning and knowledge of the lessor, enter in all public records on immovable property and rights that a contract has been concluded, that it is prohibited to encumber the real estate without his written consent and that there are conditions for the transfer of ownership of the building to Borik, the auditors write in the report (https://www.gsr-rs.org/static/uploads/report_attachments/2021/12/31/RI068-21_Cyr.pdf).

All this was noted by the auditors and warned that JU SC Borik should not act as if this purchase was leasing, that is, it did not book this procurement as such a form of purchase. They also state that the notary warned in the pre-contract that a mortgage was registered over the property that is the subject of the pre-contract and a prohibition against alienation and encumbrance was recorded without written consent.

According to the available information, the bowling alley in Lauš is still registered to the company Dea Still d.o.o. and burdened with a mortgage for a loan of one million KM from ProCredit bank. The auditors write that the pre-contract defines that the lessor, that is, Dea Still d.o.o., at its own expense, within 120 days or four months from the conclusion of the preliminary agreement, which should have been before the end of 2020,  formally, legally, and technically separates the leased office space from the unit to which it belongs and passes it through the land register as a separate office space.

A member of the Banjaluka City Assembly, Milko Grmuša, asked a committee question about this bowling alley twice in the past period, asking for information on whether the mortgage has been removed from the building.

– The mortgage existed at the time of signing the contract and that is already a problem, but the Borik administration and the parliamentary majority have the same political option and they did not want to prevent this purchase, but the Board of Directors authorized the director to conclude a notary contract. Now we don’t know if the mortgage has been taken off and if not – why not, and it is about 2.36 million KM and the lease with VAT is about 9,000 KM, if it doesn’t go up in price now due to inflation and general price increases – says Grmuša.

He emphasizes that as a councillor in the Assembly, he has no information about how the bowling alley in Lauš operates, who trains there, how much income it generates and whether it is profitable.

Who uses it, how is it paid for?

– In general, it is interesting that there were not more people interested in that lease, and procurement with public money in which you do not have active and fair competition in order to get the lowest possible price for public money is not good. In this particular case, it is also disputed that the bowling alley is not in the area of Borik, but is dislocated, and the question is who uses it, how the use is paid for, and whether it is profitable, because Borik also makes money from renting space, says Damjan Ožegović, senior researcher and associate for legal affairs at TI in Bosnia and Herzegovina.

From the data on the website of JU SC Borik, it is difficult to determine when the rental of the bowling alley was planned by the public procurement plan, when the tender was announced and when the contract was signed, because the published data only shows the bowling alley assembly service and the notary service.

In JU SC Borik, they did not have time to answer the questions: whether the mortgage that the auditors are talking about was removed from the Bowling alley and if so – is there any evidence for it (ZK excerpt or similar); whether after 260 months they acquire the right of ownership or you will then buy it for a certain amount; Has the rent increased compared to the end of 2020, when the contract was signed, and if so, how much is it now?

The secretary in the director’s office says that the director is busy, and the deputy and spokesperson are on vacation.

In Dea Still d.o.o., a company that normally sells cosmetics, a lady who introduced herself as Ana Đukić, a responsible person in the company, says that the owner, who is otherwise her father, told her not to say anything, and that journalists, if they are interested, can check everything themselves because it is public information.

In 2018, the public institution Sports Center Borik submitted an initiative to the City of Banjaluka to issue a public invitation to resolve the issue of housing the bowling alley so that they would lease the space for 20 years, after which they would buy it at a privileged price, which would make the City the owner, but the City did not agree with that idea. However, in 2019, JU SC Borik made a decision to initiate the public procurement procedure for the multi-year lease of business premises with accompanying content and later turned to the City asking for consent to conclude a contract after a public call and received offers, but the City said that as the founders of JU SC Borik do not give consent to contracts. After that, the Executive Board of JU SC Borik authorized director Nenad Talić to sign the notarized pre-contract and lease agreement. Now there are rumours in Banja Luka that the City will stop paying the rent at some point so that the original owner can keep the bowling alley. 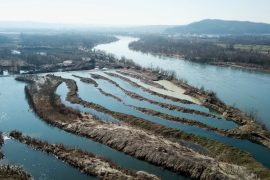 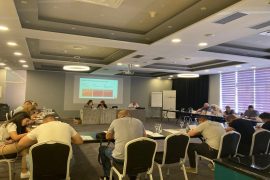 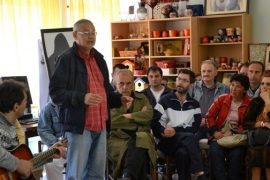