Although the Ministry of Finance of Republika Srpska claims that the Swiss company “Synergy Wealth Management” did not participate in any segment of the bond issue on the London Stock Exchange in 2021, CAPITAL is in possession of messages exchanged with its director Ministers Zora Vidović and Alen Šeranić. and their assistants.

From these messages, it is evident that the representatives of the Ministry of Finance and the Ministry of Health were in contact and attended the meetings with the bankers organized by Pajić, about which CAPITAL wrote in THIS TEXT.

Pajić, Bojana Vasiljević Poljašević, assistant to Zora Vidović, Severin Rakić, advisor to Alen Šeranić and lawyer Miloš Stevanović were in the group via the WhatsApp application.

At the beginning of 2020, the four of them had a meeting in Vienna with representatives of several banks, and their communication lasted throughout 2020.

The correspondence shows that both ministries collected the data Pajić asked for and arranged a meeting with representatives of four banks in Banja Luka (Citibank, Societe Generale, JP Morgan and Raiffeisen International), which was held in early February 2020.

In that group, throughout 2020, they communicated about the issuance and collected the data that this consultant asked for.

However, communication is slowly starting to change at the beginning of last year, when, as can be seen from the messages, the Government started contacting banks on its own or through another consultant.

When asked about further steps and defining the relationship between the ministry and his company, Pajić received the following answer from Bojana Vasiljević Poljašević on January 27 last year:

“Dear sirs, I am doing as I was told. Until and if I do not receive other instructions, I act according to the agreements known to me. Best regards”.

Communication was reduced to a minimum in the following months, and Pajić received an answer to the new question about signing the contract on April 1 last year, “in accordance with the signed acts with JLM, unfortunately, we are not able to hire anyone else.”

Also, we have an e-mail from which it can be seen that he agreed with Minister Vidović to sign a contract on which the Ministry later had certain objections, but which, as he claimed earlier, did not refer to compensation.

From those messages, among other things, it is evident that Zora Vidović asked him for patience until the necessary decisions are adopted, as well as that there was an option for credit indebtedness if the bond issue fails. 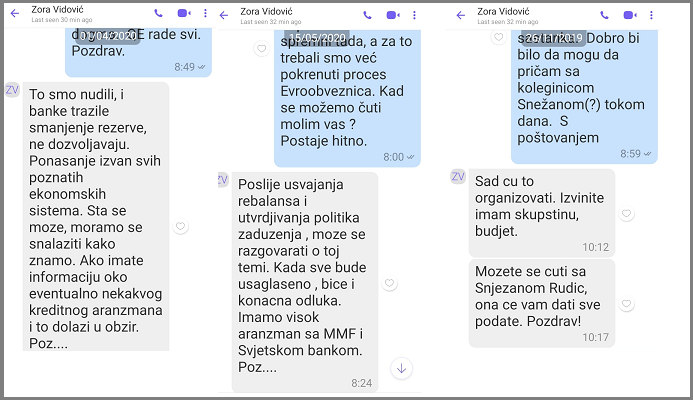 The director of “Synergy Wealth Management”, Majid Dušan Pajić, says for CAPITAL that they submitted all the evidence with the lawsuit and that in the end, the court will decide who is right.

“A signed contract is not a necessary condition for the conditions of the executed contract to be valid. In the end, the court will decide, and we have full confidence in the judicial system of BiH and RS“, Pajić said. 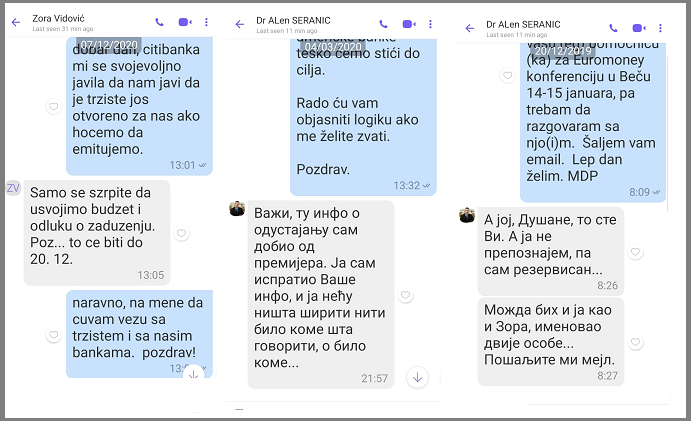 Pajić asked the ministry how they could be present with two ministers at the presentations of four banks in February 2020 and how they could be in the same team at a meeting with banks in Vienna in January 2020 if they did not participate in the issuance.

“We are always open to out-of-court settlements, but we will not allow the ministry to pressure us to give up our earned compensation“, he said.

Prime Minister Radovan Višković also decided to speak on this topic today. He said that the Government does not have a contract with that company and therefore has no obligations.

“Fashion. It has become a business for people to enter the Government building and expect someone to pay for it. We have absolutely no obligation to these people. They do not have any signed contracts. They offered their services, but we estimated at the time that we did not need those services and we did not sign any contract with them. If they have a contract, let them show it to you“, said Višković.

We remind you that on Thursday, CAPITAL published details about the preparation of the RS bond issue on the London Stock Exchange and that Srpska is facing a lawsuit worth 2.9 million KM, because according to the Swiss consulting company “Synergy Wealth Management” it has not fulfilled its obligations to the company.

“All the hired legal and financial advisers, as well as the civil servants who lead this issuance, can confirm that “Synergy Wealth Management” has never participated in any segment of the bond issue on the London Stock Exchange in 2021, and is therefore not responsible for its success, nor is there any basis to invoice its services“, the Ministry stated. 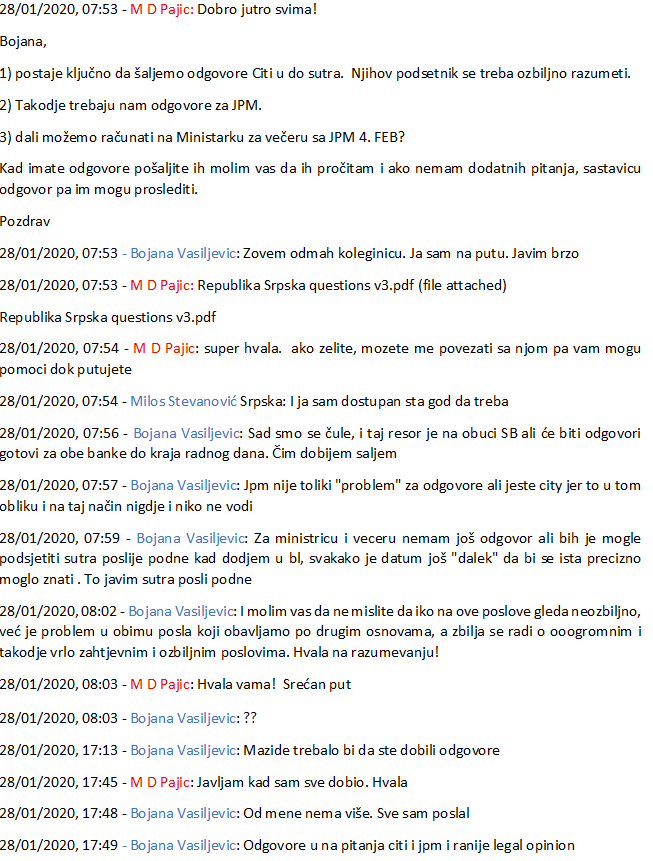 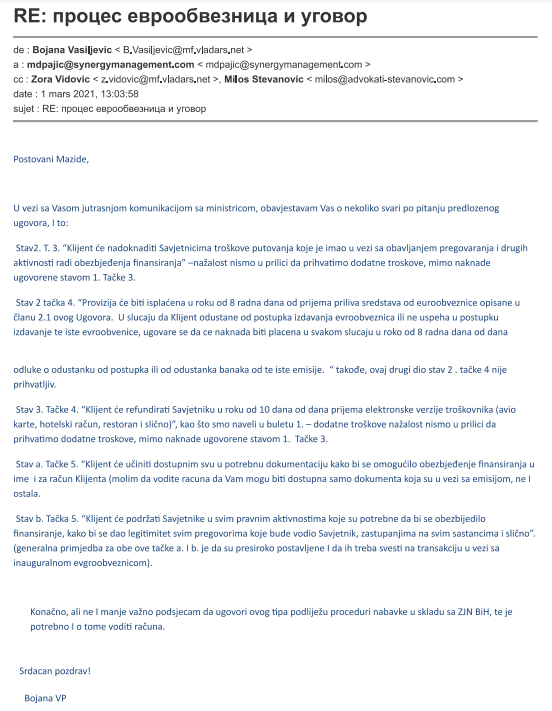