Under the guise of caring for children, the former Bileća government has built six playgrounds in this municipality in the last few years of its rule. The construction was accompanied by numerous illegalities and financial malversations, so even the playground, which does not exist, was paid for with the money of the citizens of Bileća. For it, the municipality, led by SNSD’s Miljan Aleksić, gave almost 19.000 KM of public money.

Those in charge of making the playground had a simple recipe – it is built even when there are no necessary documents, tenders are tuned and “tailored” for eligible companies as it suits, and public money ends up in the pockets of the selected. All that cost the citizens around 132,000 KM with VAT.

The most money in the story about the playgrounds from the box office was taken by the Public Company “Hercegovina putevi” – as much as 92,297 KM with VAT. Of that, 18,672.50 KM were given to them for the asphalting of the non-existent playground, which was “placed” in the papers in the settlement above the former “Kovnica” factory.

However, the Municipality never paid the said money to “Hercegovina putevi”. The playground is imaginary, but the debts are not, so this company recently decided to sue the Municipality for this and other debts. After that, the blockade of the municipal account followed, which is still in force.

Chief in the service of breaking the law

In addition to the imaginary one, the citizens of Bileća also received playgrounds which, although all were built from 2017 to 2020, already look neglected and bad.

According to “Direkt’s” calculation, the playground in the settlement of Zlatište cost the citizens around 35,000 KM. So much was given for concrete works, asphalting and half of the fence. Its other half was financed by the Youth Bank through one of its small projects. There is modest furniture on the playground, which was not procured with municipal money, and it consists of two goals and one rusty basket pole.

Works on this, but also on four other playgrounds, were performed by “Bostef Inženjering”, the family company of Radenko Popara, the then head of the Department for Physical Planning and Housing and Communal Affairs in the Municipality of Bileća. The formal owner of “Bostef” is his wife, Ana, while the director is his son Bojan. While building children’s playgrounds, Popara’s family illegally took 25,576 KM of municipal money.

“According to the Law on Officials and Employees in Local Self-Government Units, an official cannot make decisions or participate in decisions that affect his financial or other interests, as well as, in this case, the financial or other interests of his family. Therefore, the employee in question had to be exempted from decision-making and in no way, as the head of the department, could he participate in the decision-making on giving jobs to companies owned by his wife. The law even prescribes that, if such incompatibility is determined, then the mayor, after the procedure for determining incompatibility, makes a decision on termination of employment of the employee “, explains Damjan Ožegović from Transparency International BiH for “Direkt”.

However, Popara was not fired either because of this or other illegal actions related to the Bileća playgrounds. The documents obtained by “Direkt” show that two of the six playgrounds (in Zlatište and near the Fire Department) were built illegally, while one was legalized later. In all these cases, Popara was responsible for issuing the location conditions without which the works were not allowed to begin, but he did nothing to prevent them. Moreover, the work on the illegal construction sites was done by his family company.

When asked by “Direkt” what the local construction inspector determined in connection with the construction of the disputed playgrounds, the Municipal Administration answered that they could not provide us with an answer, because the inspector was on sick leave.

Bostef received all the work related to the construction of the playground from the Municipality of Bileća through direct contracts, which eliminated other bidders at the start. At the same time, in the agreements with Popara’s company, the Municipality put in one tender procedure, jobs that had nothing to do with each other.

Thus, “Bostef” won the tender for the execution of concreting of the walls and concrete slabs for the sports field in the Jezerine settlement, for the substation in the village of Orah, the locker room of the local stadium and the arrangement of the stećak tombstones.

According to Damjan Ožegović, European Union directives require a different practice in such cases.

“Although the same procurement of goods, works and services can be combined into one tender procedure even when they are not necessarily delivered or delivered to the same location, EU directives require the division of such procurement into lots to allow more bidders to participate in the procedure, and in the first place that small and medium-sized enterprises, which by their nature have smaller capacities, are encouraged to participate. A larger number of bidders means a larger number of bids, which, as a rule, result in fair bidding and lowering the price, and obtaining the highest quality goods, works or services for the least amount of public money “, Ožegović is clear.

Even in the case of small procurements, more bidders can enable cheaper and/or better procurement of works.

“Although in this case the lower value procurement was carried out by direct agreement, it could also be divided, because the Public Procurement Law stipulates that the contracting authority requests a written price proposal or offer from one or more bidders after market research and then negotiates or accepts the price as a condition for the final agreement. So, instead of one bidder for multiple works, it was possible to negotiate with several bidders for each of the works separately and thus eventually collect several different bids and thus choose the cheapest, highest quality or both,” says Ožegović for our portal.

“Direkt” tried to get Popara’s comment by phone, but did not contact us. By the way, during Popara’s mandate, “Bostef” received jobs worth more than 100,000 marks from the Municipality of Bileća. According to the data from the Public Procurement Portal, almost all jobs were obtained by direct agreements, while some of the procurements were split in order to avoid competition, and the job was awarded by direct agreement to this company.

The fact that there is currently no playground in this municipality with slides, seesaws, swings and similar furniture, which was made with money from the municipal treasury, shows how many children were taken care of in Bileća in the past period.

The ones that were built barely have any content and mostly look poor and sad. Like the municipality itself, after all.

Because, a place where citizens are left without money and without what they gave money for, and those responsible only without sanctions, cannot look any different. 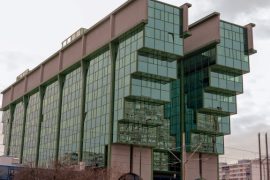 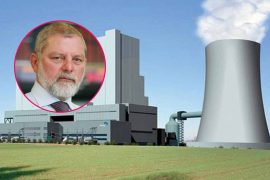