Employed RS citizens on sick leave cost 17 million KM a year. That is how much is set aside from the Health Insurance Fund for this purpose. There is no record of how many of them are forged, because if you have the support and protection of your superiors, sick leave can cover your absence from work while you live in Belgrade or Banja Luka, work in Germany or are in prison! These are all cases that happened in Gacko, and all of them are still without an adequate reaction from the institutions, although the damage in the budgets is certainly measured in hundreds of thousands of KM. The damage to the social climate and work ethic is not included in the calculation, which may be greater than material damage.

Unlike private companies which are rigorous when it comes to sick leave, the situation in public companies and institutions is far more comfortable.

He opened sick leave from prison

The case of Mladen Zirojević, a worker of RiTE Gacko, who “covered” three months in prison with sick leave, will get a court epilogue. The Basic Court confirmed the indictment against Zirojević and Dr Srđan Kravić, a doctor at the Health Center in Gacko, for the use, ie issuance, of a false medical certificate. Namely, while he was in prison in Foča for three months, Zirojević’s absence from work was justified by illness. It was confirmed from the Foča Penitentiary that he did not use “extra-institutional facilities” during that time, which means that he did not come to Gacko.

“How did he “open” the sick leave then and how did the doctor examine him”, the prosecutors asked, and now the accused will have to explain it in court.

According to the RS Criminal Code, the penalty for this crime is a fine or imprisonment of up to one year.

By the way, Zirojević is well known to the police, he was in the group of workers who stole oil, so in 2016 he was caught with 800 litres. Six years later he is still at work. According to unconfirmed information, Zirojević “obtained” a diploma, so he is now part of the construction service on the Klinje dam, and is one of the workers who do not have to record their presence at work with a card. We did not receive an official confirmation because this company has been ignoring all inquiries from “Direkt” for years.

On permanent sick leave, and in Belgrade

Inertia of the system is evident when it comes to the case of Ana Anđić, an employee of Radio Gacko. She was on sick leave for seven years, but lived in Belgrade.

Thanks to connections with local officials, she made progress from her illness at the end of last year, about which “Direkt” has already written. In order to adapt to her and enable her online work, the management of the Radio, with the blessing of the mayor Ognjen Milinković, changed the internal documents of this public institution.

While the Prosecutor’s Office in Trebinje is still considering the case, the Labor Inspection performed an inspection and determined that it is in accordance with the regulations.

“The inspector performed the check and stated that Ana Šojić (Anđić) has been on sick leave since 2014 … and that she is delivering remittances properly. As sick leave is properly justified, the labour inspector cannot take any measures in that regard “, reads the check report of inspector Angelina Ivanković.

For the Inspectorate, the change of internal documents is not disputable either, because, according to them, it is a matter of the employer.

Ana Anđić still works in Gacko, and lives 400 kilometres away – in Belgrade. However, the changes in the systematization and regulations have enabled her to work online, so she is deprived of the difficulty of figuring out how to “get” sick leave.

That these cases are not an exception but an exclusive rule and a sign that you have protection or a connection with holders of political power is shown by the case of Rajko Papovic’s wife, former Prime Minister Gojko Klickovic, businessman and current president of SO Gacko, who has been on the list of employees in RiTE Gacko for two decades, mostly on sick leave. During all those years, she mostly lived in Banja Luka.

These examples encouraged others who could get support or fake sick leave to, while officially “working” in RiTE Gacko, find a job in Germany, Serbia, and even in distant New Zealand. However, due to the sluggishness of control institutions, corruption and nepotism that eat away at the social fabric, most of these cases will be left without a court epilogue and adequate sanctions.

Out of five employees, one does not come to work

The use of loopholes in the law is present, but if their existence is recognized, it should be corrected, says economist Zoran Pavlović for “Direkt”.

“The essence is that we are not serious enough people on any basis, and whenever we can achieve some personal benefit, we use it as an opportunity. If he can use the system, he will use it for his own needs. If the system does not allow it, then it will not work. It is evident that during the spring and autumn, in the midst of agricultural work, illnesses are more frequent, especially in rural areas. Out of five employees in the city administration, one does not come to work”, claims Pavlović.

He believes that the solution is in stricter control – and on two grounds.

“On the one hand, the control of doctors who approve sick leave. On the other hand, enable the employer to perform monitoring.”

Pavlović believes that any serious state would take care of this and advocates that this problem be put in the public spotlight in order to expose examples of abuse, and at the same time discourage those who are thinking of taking that path.

The RS Health Insurance Fund, for its part, has high hopes for a change in the rulebook, which came into force at the beginning of the month, and enables employers to request an extraordinary sick leave check.

Truth be told, that possibility has existed, to some extent, up until this day, so in 2021, 98 employers addressed the Fund with a request to check the justification of sick leave for 276 workers. Irregularities were found in 23 cases.

By the way, according to their data, there is a noticeable increase in sick leave in 2021, so in RS there were an average of 20,100 sick leave every month. Growth was also recorded in Gacko. In the first nine months of last year, 1,784 sick leave were recorded. However, the number of sick leave per employee is somewhat lower than the national average.

The Fund announced that so far they have not had any applications related to the Health Center in Gacko, and they invite those who have information to contact the FZO RS.

“The cost of the Sick Leave Fund annually is about 17 million KM, and it is certainly in the Fund’s best interest to prevent possible abuse of sick leave, because any savings create space for additional improvements of rights, that is, the health care of citizens”, they (FZO) said in response to “Direct”. 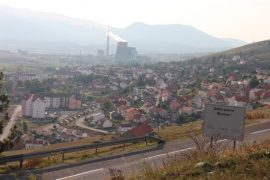 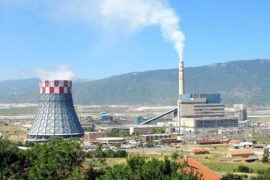 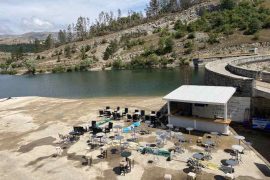