The Ploče oil terminal has been managed for decades by HDZ staff Josip Tomić, who was convicted of economic crime in this company by a final verdict. This information is not disputable to the Government of the FBIH, which invests millions of KM of budget funds every year, having no control over the spending of funds. It is in this context that the ban on the entry of representatives of the FBIH Audit Office into this strategic company of the FBIH worth 700 million KM should be considered.

Naftni terminali Ploče (NTF) (Ploče Oil Terminals), the legal successor of Energopetrol Ploče, has been operating as a sister company of the Federation Terminal Operator, 100% owned by the FBIH, since the end of the war. Due to their strategic position and storage capacity of petroleum products in the amount of 80 million tons, for years they have been in the focus of various interest groups who, through their actions and business decisions of Josip Tomić, have repeatedly tried to push NTF into bankruptcy.

The closest to that intention came the “DeltaGrip” company registered in London under the indirect leadership of the Croatian oil broker and lobbyist Jasminko Umičević. According to the media, Umičević together with Nedžad Branković was deeply involved in the criminal bankruptcy scandal of Energopetrol in Zagreb by actively participating in agreements on the status of the property of the company that was right behind INA in the early 2000s.

After the collapse of Energopetrol Zagreb, DeltaGrip in 2005 signed a contract with NTF, at that time Energopetrol Ploče, for oil storage. The annexes to the initial contract signed by Josip Tomić and the subsequent damages resulted in a lawsuit in the amount of 200 million KM before the International Arbitration Court in Paris.

In the lawsuit, thanks to the then NTF leadership Ibrahim Bećirbegović and Nikola Štula as well as the law office of Gordana Grubeša, DeltaGrip succeeded only 6%. So, instead of 200 million KM in compensation, they were awarded approx. 15 million KM. 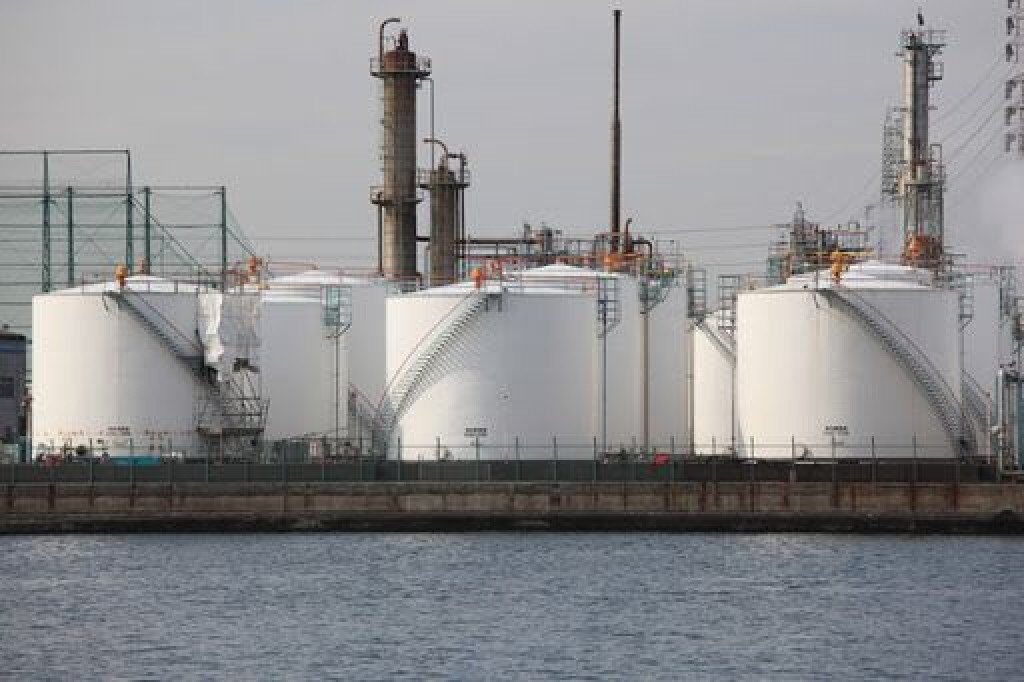 Since NTF’s accounts were blocked, the verdict led the company to bankruptcy. In order to avoid the loss of a strategic company owned by FBIH, the then federal government led by Nermin Nikšić gave consent to OTF, which owns the Ploce Oil Terminals, for a loan engagement with commercial banks to pay DeltaGrip.

The role of Josip Tomić in concluding harmful contracts with DeltaGrip was also the subject of work by the Financial Police, which in July 2008 filed criminal charges against Tomić, Drago Burđelez, then Prime Minister Nedžad Branković, FBIH Minister of Energy, Mining and Industry Vahid Heća, Stipe Buljan, longtime secretary Federal Ministry of Energy and Mining as well as others.

Although the then Chief Prosecutor of the Sarajevo Canton Prosecutor’s Office, Dalida Burzić, announced an express indictment, to date there is no information on the stage of this case.

In addition to the investigations in Bosnia and Herzegovina against Josip Tomić, a number of charges were filed before the competent authorities in the Republic of Croatia, so in 2014 he was sentenced to 10 months in prison before the Dubrovnik County Court for embezzling just over 14,000 KM, along with that the court determined that the sentence would not be executed if Tomić did not commit a new criminal offence within two years.

The final verdict for embezzlement, as well as a number of other scandals, were not an obstacle to the new Federal Government embodied in the SDA-HDZ-SBB coalition to return Josip Tomić to the position of director of NTF Ploče in 2016.

During the last term of Josip Tomić at the helm of NTF, DeltaGrip‘s lawsuit for damages in the period from February 2007 to April 2009 was updated, which was awarded in favor of DeltaGrip in the total amount of 4,186,230 USD plus default interest by the decision of the Commercial Court in Zagreb 2021, which according to estimates ultimately amounts to about 10 million USD.

Indicatively, Josip Tomić revoked the power of attorney of Grubeš’s law office, and later of Almir Dervišbegović’s lawyer, and in a new DeltaGrip lawsuit he hired Zagreb lawyer Marko Krpan, who came to the attention of the Croatian public as the legal representative of Brian Alfonso Fuentes, who is linked to usurious loans which damaged the citizens of the Republic of Croatia by 91 million kuna.

NTF lost this lawsuit, and the 5.2 million USD in damages after a settlement reached by representatives of the parent company OTF as well as NTF with DeltaGrip was paid by OTF as the parent company raising a commercial loan whose instalment it will pay NTF. 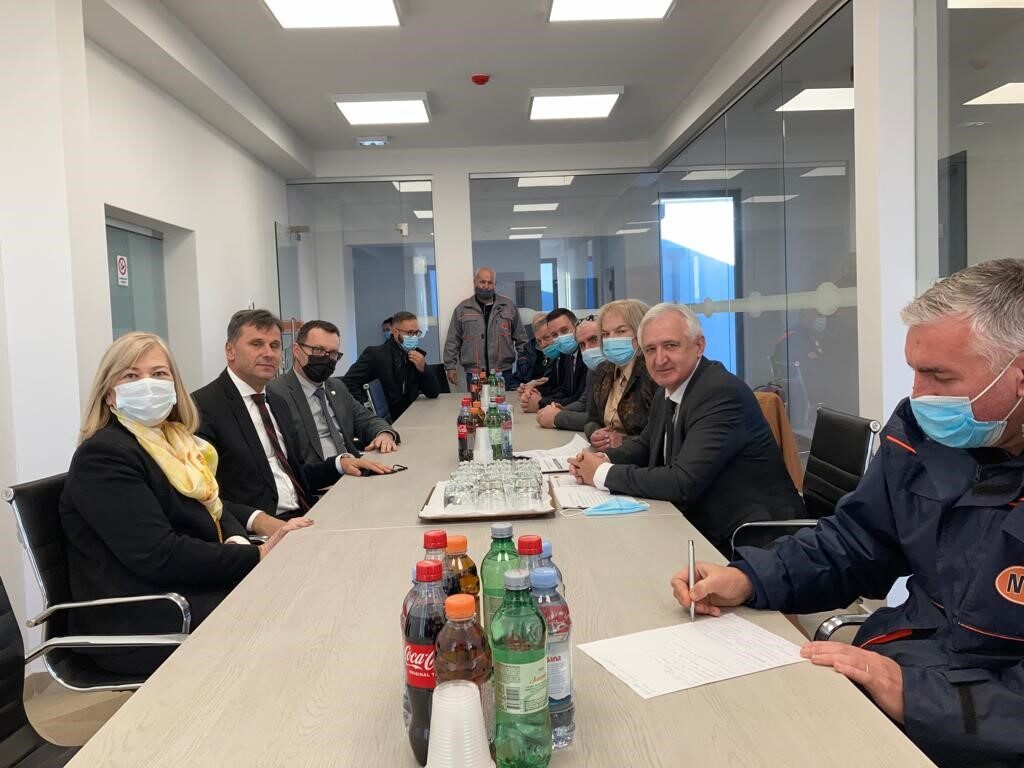 In the end, close to 25 million KM were paid to DeltaGrip’s account by unfavourable contracts signed by Josip Tomić as the director of NTF.

The tačno.net portal has written about the harmfulness of these contracts on several occasions, but these contracts are only one segment of NTF’s business under the leadership of Josip Tomić.

According to OTF sources, given the extraterritorial status of this company owned by FBIH, no one, not even the parent company OTF, has a real insight into the business and millions of funds spent on rehabilitation of accommodation facilities, various reconstructions and operating costs. We would like to remind you that NTF does not announce procurement tenders or act in accordance with the relevant laws of Bosnia and Herzegovina.

Considering the above facts and the incredible fact that Josip Tomić was convicted of a crime in the NTF, the question arises as to why the FBIH Government, the relevant ministry and the parent company OTF did not initiate his removal.

The answers may be hidden in the party interests of HDZ and SDA, as well as the fact that this company registered for oil storage and distribution is not subject to the Law on Public Procurement.

We remind you that the FBIH Government last year increased the share capital of NTF Ploče by 4 million KM, and the funds were allocated according to the adopted Program of technical-technological rehabilitation and modernization of the infrastructure of this company.

There is no room for federal audit in the NFT

That no one from the current Government aims to audit the operations of NTF is shown by all the events related to the prevention of the Audit Office in the process of controlling the operations of OTF as well as NTF Ploče.

As part of its OTF audit activities, the FBIH Audit Office considered that it would be useful to conduct an audit of the NTF, which is 100% owned by the Federation of BiH. At the beginning of this year, representatives of this institution, after written correspondence, tried to physically enter the NTF business premises in Ploče but were prevented by Josip Tomić, lawyer Marko Krpan, police inspector for foreigners and labour inspector in front of the State Inspectorate RH. 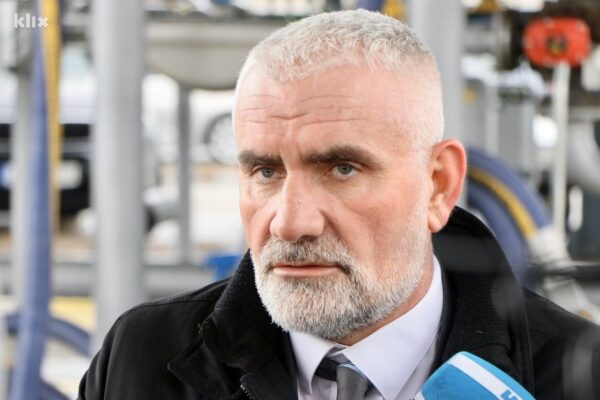 Director of OTF Hermedin Zornić, the institution that received a negative financial report, speaking about the problem of NTF audit, emphasizes the problem of competence.

“NTF is a subsidiary of OTF. The Law on Subsidiary Societies prescribes the manner of action and competencies in which my colleague Slaven Zeljko and I are the assembly of the NTF. They did not allow entry under the pretext of working below according to the laws of the Republic of Croatia. We received a letter from the Federal Audit and requested that the audit be done through us. The FBIH Government and the relevant ministry have been informed about this. Personally, I think that if the FBiH Government is the owner, there should be no problems with the audit, but it is obviously a question of jurisdiction, and I do not want to go into that.”

The Ministry of Audit warned the Ministry of the FBIH about the impossibility of conducting an audit, but two months later the authorities did not respond. For this reason, the Audit Office addresses the Parliamentary Audit Committee. However, the Parliamentary Committee in charge of solving this problem at the session held on 28.2. this year does not invite representatives of the Office. 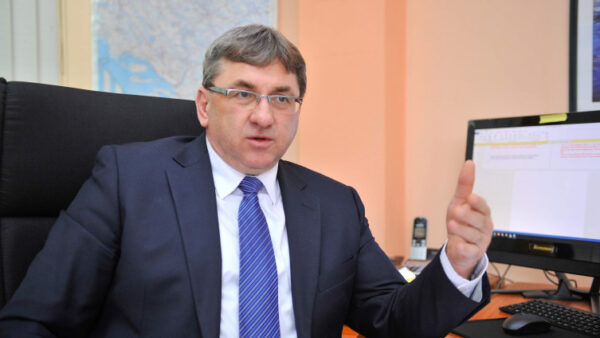 Dževad Nekić, Chief Federal Auditor, emphasizes that this is the first time so far that the representatives of the Office have not been invited to the session of the parliamentary commission.

“As for the NTF, we have submitted everything to the FBIH government, the relevant ministry and the Parliamentary Commission, but so far no one has provided us with information on how they view this problem. I think that the Parliamentary Commission should have given some instructions, but they did not invite us to the session, which is happening for the first time. We had three points that are very important, the continuation of the NTF audit process, the audit plan as well as changes in the law. It is incomprehensible to me that someone does not want an audit of an entity, and significant financial resources are continuously invested through OTF in NTF. “

Everything they say is not true

Josip Tomić, director of NTF, emphasizes that he has no problem with the audit, but that the audit cannot be done by representatives of the FBIH Audit Office.

“It is not true that they were not allowed. As for us, they can always come and the doors of the NTF are open to everyone. However, NTF operates under Croatian law and auditing can only be performed by audit firms from the Republic of Croatia. So the Audit Office can ask Croatia to do an audit. Those from BiH cannot come and work here. “ 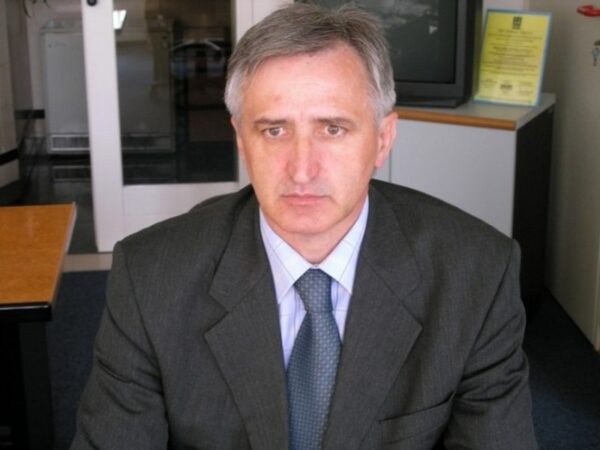 Tomić points out that business control exists and that audit reports prepared by an authorized company from the Republic of Croatia are regularly submitted to the OTF Assembly as well as to the FBIH Government.

“Business auditors are audited by Croatian auditors because NTF is a Croatian company but only the woner is FBiH. If you open a company in Germany, there can be no audit from BiH. So the story that we do not allow something is fictional. Every year, audit reports are submitted to the OTF Assembly so that the FBIH Government has all the information.”

We tried to talk to the competent minister Nermin Džindić about the problems within the NTF and the FBIH Terminal Operator, as well as the fact that today the FBIH has only 7 million oil reserves instead of 200 million litres in the midst of the biggest oil crisis. He did not respond to our calls for an interview on the oil sector.