Without a plan, building permit and public procurement plan, and under the guise of a cross-border cooperation project with the Municipality of Nikšić, former Bileća Mayor Miljan Aleksić gave almost 66,000 KM from the municipal budget to bring water to his house in the village of Vlahinja. Citizens’ money for the construction of the water supply system was given illegally, and one part of it was given to the family company of the then head of the Department for Physical Planning and Housing and Communal Affairs, Radenko Popara, who must have known that the construction was illegal.

However, the research of “Direkt” shows that with the money of the citizens of Bileća, for the needs of the construction of this water supply system, pipes and other materials were bought, while there is no trace of the purchase of pumps.

The former mayor of Bileća first paid from the budget for the develpment of urban and technical conditions for water supply in Vlahinja, for which he paid 3,978 KM with VAT to the Trebinje company “Put inženjering”. That was supposed to be the starting point for the development of the water supply project, without which a building permit cannot be issued. However, everything remained the same, so neither the project nor the permit were ever issued, and Aleksić, in spite of that, continued to give money to the citizens for the construction of the water supply system, which violated the RS Law on Organization and Construction.

The money was distributed to selected companies and only through direct agreements – 12 of them. In addition, the Municipality of Bileća did not make or adopt a public procurement plan for 2018 and 2019, when the disputed procurements were conducted, which together represents multiple violations of the RS Law on Public Procurement.

Aleksić entrusted most of the procurements to the Bileća company “Vulkom”, six of them, for which he gave 36,420 KM with VAT from the municipal budget. However, only two of the six procurements clearly state what is being procured – fittings, iron and alkaline hoses, while the other four are defined only as “procurement of water supply materials”, so it remains unclear what was actually purchased with public money.

The Municipality of Bileća also procured “water supply material” from the local company “LB Radan”, and paid 2,594 KM with VAT. Aleksić also gave money for the purchase of pipes for the water supply network – 7,221 KM with VAT, to the company “Peštan” from Laktaši, which is owned by Božidar Petković, by direct agreement. By the way, a criminal complaint was filed against Petković and “Peštan” a little over a month ago with the Higher Prosecutor’s Office in Kraljevo due to suspicions of embezzlement with the sale of scrap metal from the Arandjelovac factory “FEP”.

Aleksić entrusted the works on the construction of the reservoir to the companies “Apis” from Trebinje and to the “Bostef Engineering” from Bileća – the family company of Radenko Popara. “Apis” received 4,183 KM with VAT for the waterproofing of the reservoir, while “Bostef” received two direct agreements worth a total of 11,473 KM with VAT. This company received these jobs only a few days apart, and both relate to works on the tank – concrete works and reinforcement and masonry works, which shows that the public procurement was “split” in order to give the job to Bostef by direct agreement.

At the time of the illegal construction of the water supply system to Vlahinja, Popara was the head of the Department for Physical Planning and Housing and Communal Affairs in the Municipality of Bileća. Issuance of construction permits is the responsibility of this Department, so he had to know that Aleksić is investing citizens’ money in the water supply system without project documentation, therefore, illegally.

Popara did not answer our calls, so “Direkt” did not receive an answer, which is why he participated in multiple violations of the law during the construction of this water supply system. By the way, in Popara’s mandate, “Bostef” received jobs worth more than 100,000 KM from the Municipality of Bileća. According to the Public Procurement Portal, almost all jobs were obtained through direct agreements, and some of the procurements, as in the case of the Mostar company, were split to avoid competition, and the work was awarded to Bostef by direct agreement. The formal founder of “Bostef” is Popara’s wife Ana, and the responsible person is his son Bojan.

Aleksić: I do not respect the law, I am such a man

Just before the beginning of the story about the construction of the water supply system in Vlahinja, the former mayor of Bileća in this village bought the property on which he still lives today. Through this water supply, he brought water in front of his house. When asked how he built the water supply system without any necessary documents, Aleksić told “Direct” that the mayor of Nikšić “bought and installed everything”, and he only provided “a cutter from Electric to dig a canal”.

After we told him that it was obvious in the public procurement that pipes were bought for the water supply system and that this was not foreseen by the project, Aleksić made contradictory claims.

“The money was given only for the construction of the pool and the pipes, I think, and for some valves, there were no pipes,” said the former mayor.

He also claimed that pumps were purchased for the water supply system, as envisaged by the project, but there is no trace of their purchase in public procurement.

To our statement that he gave 66,000 KM from the municipal budget completely illegally, Aleksić said that it was “the most cost-effective project done in his mandate” and said that he did not respect the law.

“For 60,000 KM, people in two villages got water, and what are you doing now when something has been done to make it work, explain to me please?” Illegally done? I do what I think is best. Well, I didn’t have to have a public procurement plan. I do not respect the law, I am such a man “, said Aleksić.

The former mayor of Bileća also told us that he was “a retired man, and we decided to ask him what was he doing two or three years ago” and left the conversation.

“Direkt” also sent an inquiry to the local construction inspector Snežana Tomanović about whether she carried out an inspection in this case and on the basis of which documentation the water supply system was connected to the network. We are waiting for the answer. 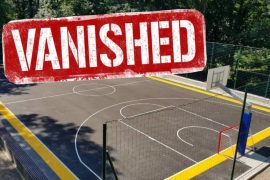 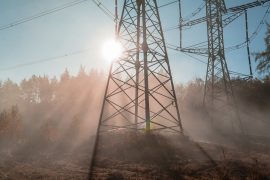