The Mayor of the municipality of Pale, Boško Jugović, used his official position without the approval of the Assembly and outside the current budget to conclude a deal that indebted the Municipality of Pale for the amount of 1,139,700.00 KM, in order to obtain property benefits for the Olympic Center “Jahorina”.

Numerous embezzlements related to the sale of land on Jahorina have been the subject of political conflicts in recent months in the municipality of Pale. Namely, on March 13, 2020, the Olympic Center Jahorina bought land worth 2,279,400.00 KM from the Municipality of Pale, and the mayor, without the consent of the Municipal Assembly, accepted the condition of OC “Jahorina” that 50% of the money used for the purchase will be invested in infrastructure projects on this mountain.

Thus, the mayor Boško Jugović started violating the legal authorizations, by which he undertook the obligation to pay the amount of 1,139,700.00 KM from the budget of the Municipality of Pale in the name and on behalf of the municipality.

Thus, the mayor Boško Jugović started violating the legal authorizations, by which he undertook the obligation to pay the amount of 1,139,700.00 KM from the budget of the Municipality of Pale in the name and on behalf of the municipality.

The contract does not define the deadline within which the amount of 50% of the funds must be paid and what will happen if the seller (Municipality of Pale) does not comply with this obligation, whether default interest will be calculated, whether the contract will be terminated, which court will be competent in case of a dispute and the like “, experts say.

Regardless of the fact that OC “Jahorina”, according to the purchase agreement, has already obliged the Municipality for future investments. This company addressed the mayor in May 2020, with a request to donate funds for the implementation of four new projects ?!

Mayor Jugović is again going out of his way to help the Olympic Center, and passing a Decision approving the temporary reallocation of funds for 2020 in the amount of 1,000,000.00 KM. On the same day, the finance department, based on the Agreement on the sale of unconstructed construction land, paid one million KM in the name of a capital grant for the realization of new projects in Jahorina.

However, no act has explained, both at the time of the transfer of funds and until today, for what reason the Municipality of Pale paid OC “Jahorina” the amount of 1,000,000.00 KM, and not the amount of 1,139,700.00 KM, which is 50% of the agreed purchase price. The contract does not even define when the remaining amount must be paid!

These one million KM are invisible in official parliamentary documents.

As the money is intended for the realization of new projects on Jahorina, a public procurement procedure should have been carried out by the Municipality. Only two months after the transaction, the Olympic Center “Jahorina” concluded contracts for the purchase of necessary works with the company “Weiss Light” d.o.o Pale.

We also contacted the Olympic Center “Jahorina” to clarify whether the million KM paid to their account was signed by the Agreement or the donation they asked the Municipality for, but we did not receive an answer.

Payment of funds is not provided for in the budget acts, nor is there any documentation that explains in what way and how the amount of 1,000,000.00 KM was reached, which is needed for investments in Jahorina.

The opposition in the Municipality of Pale also believes that the mayor of Pale committed the criminal offense of “Abuse of official position or authority” by misuse of budget funds, which is why they filed a criminal complaint against the current mayor Jugović with the District Prosecutor’s Office in East Sarajevo.

Mayor Boško Jugović does not answer our questions, but he did not deny the crime to the media in Pale, but tried to discredit the representatives of the opposition.

“If these people who are slandering him are the protectors of the law, legal procedures, or the righteous and guardians of the people’s money, as they often present themselves in public, then we as a local community and society are in serious trouble. If it wasn’t sad, it would be funny, “Jugović pointed out.

On the other hand, the councilor of the DNS in the Municipal Assembly of Pale, Marko Kubatlija, says that only a part of the illegal activities carried out by the mayor of Pale is packed in this criminal report.

“We are aware of the fact that the municipality of Pale was privatized by one family and that the interests of the citizens, because of whom we are here, are put last. We must not allow the money of our citizens to equalize internal party relations and fill the budgets of local powerful people “, says Kubatlija.

In addition, the Main Audit Office of Republika Srpska determined that the disputed financial transactions were recorded contrary to applicable regulations, because the investments were not planned in the adopted budget, and therefore there were no funds available for their implementation on the appropriate budget items, which shows that the mayor managed citizens’ money as he saw fit, not as required by law.

Even the Attorney General’s Office stated in its Opinion that it does not enter into the assessment of the economic justification of concluding a deal, so the question arises whether that justification exists?

This indicates that the second term of Mayor Jugović at the head of the municipality of Pale is marked by poor management of budget funds, which is contrary to the interests of the citizens who elected him. 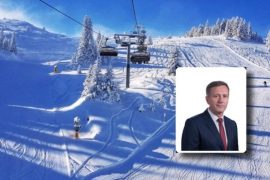