The private company of Slavko Dunjić, the president of the Management Board of the Gradiška Health Center, owes that public health institution close to 50,000 KM. Instead of the case being processed, and Dunjic being fired at best, the director of the Health Center will be fired, who dared to publicly disclose this information and request the collection of receivables.

Siniša Adžić, until recently the director of the company owned by Dunjić, will take the director’s chair. Nothing will happen from the lawsuit against the “Specialist Center (SC) Dunjić”.

All this is possible in the local community in which an individual, like Slavko Dunjić, has been pulling political and financial strings for decades.

Whether it will remain so after the investigation, which is being conducted against him by the Republic Public Prosecutor’s Office due to “trading in influence”, remains to be seen.

According to the witness, Dunjić collected at least 5,000 KM from several people for a job in the public sector.

The leaving director of the Health Center also gave a statement to the prosecution as a witness. Dunjić asked her to hire those, from whom he personally charged.

In addition to being the president of the Board of Directors of the Gradiška Health Center, Slavko Dunjić is also a delegate in the Council of Peoples of Republika Srpska, a high-ranking official of the “Ujedinjena Srpska” party and the president of its local organization in that city. His wife Brana Dunjić is formally the owner of the private health institution “SC Dunjić”.

Every year, “SC Dunjić” signs a contract with the Gradiška Health Center. Under this contract, patients are referred from this private clinic to the laboratory, for an X-ray or some other service, which this clinic does not offer. Before the escalation of the coronavirus pandemic, the Health Center invoiced “SC Dunjić” in the amount of 300 to 800 KM per month.

Since the beginning of the pandemic, the number of services has increased enormously, so the amounts of the invoices from the Health Center have also increased. During the pandemic, these amounts range from 1,000 to 3,000 KM a month, and from October last year to April this year, they could amount to over 5,000 KM.

However, “SC Dunjić” ignored these invoices, so that their debt exceeded the amount of 40 thousand KM as of June this year.

In the meantime, believing that the invoices were unjustifiably increased, from “SC Dunjić” on May 12 this year, they addressed the Health Center with a remark and a proposal for a “solution to the problem”.

Specifically, instead of paying the debt in full, they offered a settlement on the partial payment of the debt.

In the continuation of this letter, they also showed their readiness for “bargaining”: “We would like to inform you that we are willing to pay the average amount increased by 10-20% by October 2020.” However, the Health Center was not interested in bargaining, so this proposal was immediately rejected. “We would like to inform you that we cannot accept your proposal presented in letter no. 65/21 on May 12 2021, which refers to the invoicing of our services, performed for patients registered in your family health clinic. The services were invoiced realistically according to the number of performed services, which is in accordance with the concluded agreement on business-technical cooperation “, the Health Center responded to the proposal of “SC Dunjić “on May 14 this year. 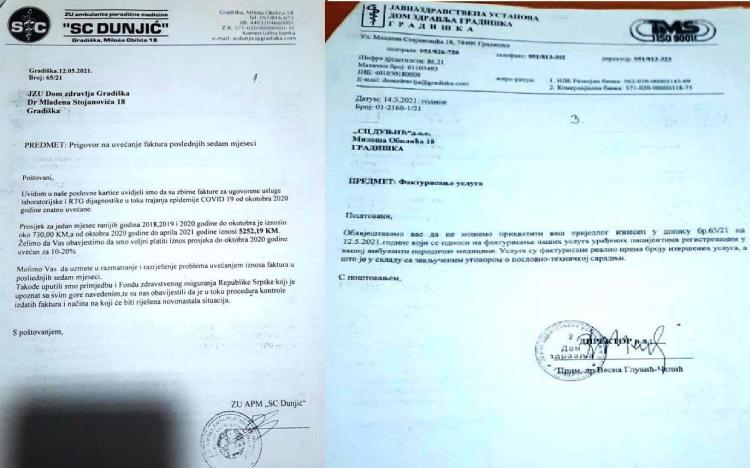 Dunjić, obviously, does not even think of settling the debt, which is why it was expected that the Health Center would request the termination of the contract and request the settlement of the claim in court.

However, then the Health Insurance Fund of Republika Srpska came on the scene, which completely sided with the debtor. Without denying the existence of the debt, the fund stated the position according to which the Health Center is still obliged to receive patients from “SC Dunjić”, and they also referred to the situation caused by the coronavirus pandemic.

This situation came to light in the session of the City Assembly of Gradiška on August 30 this year, when answering the question of the opposition councillor Milica Šukalo, the director of the Health Center, Dr Vesna Gluvić-Čelić presented information about the debts of “SC Dunjić” to this institution. Dunjić did not hide that he experienced this presentation of information as an attack on him personally, but also on his business. A written response followed, which “SC Dunjić” sent to the City Assembly of Gradiška. The information presented at the session of the city assembly was called slander that harms their business reputation, and the position of the RS Health Fund was attached.

There is no “good job” without politics

Slavko Dunjić’s strong political and business ties, insiders claim, have influenced the incomprehensible attitude of the fund, which is disastrous for the Gradiška Health Center. These connections, after all, are evidenced by the lucrative deals between this public fund and Dunjić’s private company “Wellmedic”. This company has long been a favourite of public procurements of the Health Insurance Fund of RS, but also of many public health institutions in Republika Srpska. Among Dunjić’s numerous successes in public procurement tenders, the one from March 7, 2014, certainly stands out.

In just that one day, “Wellmedic” signed a “heavy” 708,800 KM contract with the RS Health Insurance Fund for the purchase of “hydrophilic gauze”. It was just at the moment when Slavko Dunjić, then a member of the RS National Assembly, decided to leave the opposition SDS and join the coalition gathered around the ruling SNSD. Shortly afterwards, he founded the “Izvorna SDS” party, which later integrated into Nenad Stevandić’s Ujedinjena Srpska.

It is not easy to estimate how much the change of political course affected his “business successes”. But that he is doing well is evidenced by the fact that in March this year he received a public procurement job from the University Clinical Center of RS, divided into 8 lots with a total value of 377,537.15 KM. These include cannulas, injection needles, insulin syringes and other medical supplies.

Until recently, the director of “Wellmedic” was Siniša Adžić, the new favourite of Slavko Dunjić at the head of the Gradiška Health Center.


Looking for the obedient

As someone for whom business and politics never go separately, Dunjić is not in favour of the fact that the current acting director of the Health Center, although she was appointed to that position as a member of his party, is not ready to “keep quiet and listen”.

It was clear to him soon after her appointment in 2018, when he asked the Gradiška Health Center to “take over” his son, also Slavko Dunjić, a specialist at the local hospital, and pay compensation to that health institution of 119,000 KM.

At least that is what the acting director of the Health Center claims, who says that the amount, together with other related costs, would be over 160,000 KM.

She refused this request and, according to her, this is the beginning of Dunjic’s pressure on her.

After the local elections in 2016, Siniša Adžić was appointed head of the finance department of the municipality (today the city of Gradiška) from the position of the director of the company “Wellmedic”. He was appointed as a member of the party led by Slavko Dunjić in that city.

Being the head of the finance department did not prevent Adžić from becoming the director of his family business at the same time. The company “Grand Trading”, whose formal owner is his mother Dušanka Adžić, was registered on June 14, 2019. Only a few months later, this company became a desirable partner of public companies and institutions. So, in just one day, 20.12.2019, the public preschool institution “Lepa Radić” signed as many as three direct agreements on the procurement of goods with Adžić. Precisely, they signed two contracts of 5,988 KM each and one of 5,743 KM. From the company of the head of the finance department, they bought drawing accessories, clothing, and sanitary material.

JPU “Lepa Radić” purchased the same goods from the same company in December 2020, at an almost identical price. In the meantime, the Anti-hail Prevention of RS, Gradiška Vodovod, but also the Health Insurance Fund of Republika Srpska traded with Adžići on several occasions. Interestingly, the public procurement was carried out each time under a direct agreement system.

Moreover, the city of Gradiška with the company of its department head Siniša Adžić on 28.12.2020, signed a contract for the supply of medical masks.

Only a day later, 29.12.2020, Siniša Adžić was elected to a new position – he became the Vice President of the City Assembly of Gradiška.

This, of course, did not hinder his private business in the least, which, along with the fact that his loyalty to Slavko Dunjić has never been questioned all these years, who “recommends” him for the position of director of the Health Center, where Dunjić is the President of the Board. Until, eventually, the outcome of the investigation conducted by the prosecution “separates” them.

The investigation really is ongoing.

Dunjić has more serious reasons to worry. On January 19, 2021, the Special Department for the Suppression of Corruption, Organized and the Most Serious Form of Economic Crime of the Republic Public Prosecutor’s Office received an oral report against Slavko Dunjić, otherwise the president of the city board of the Ujedinjena Srpska in Gradiška.

The report states, among other things, that he repeatedly took significant financial resources from the mentioned persons, with the promise that, using political influence, he would provide them with a job in the public sector.

Thus, according to the report, he took 5,000 KM from one person in exchange for a job in civil protection. 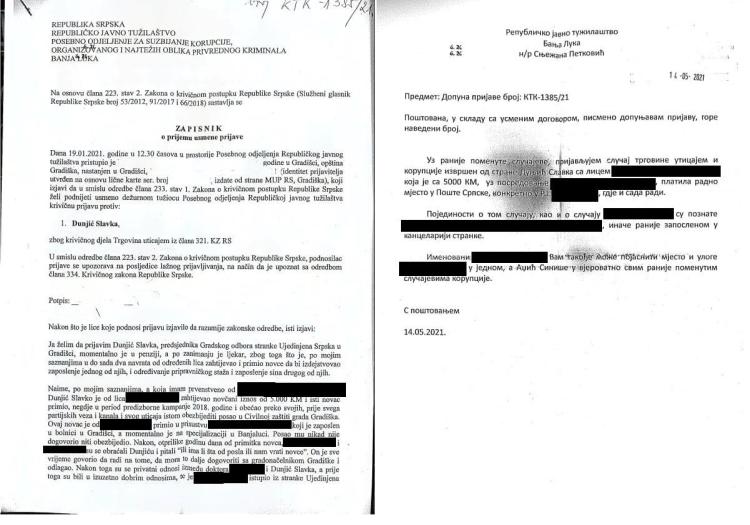 In this case, Dunjić’s intentions were hindered by the director of the Health Center, who rejected his request to hire a person from whom he charged for this service.

Revolted by her refusal to obey, Slavko Dunjić finally asked the director to return the money he had collected from R.Š. which she flatly refused.

The application was supplemented on May 14 this year with the information that Dunjić also received a reward of 5,000 marks for one job at the post office in Nova Topola.

It is interesting that the prosecution is recommended to hear Siniša Adžić in connection with this and other cases. (The document is in the possession of Impuls.)

We will soon know whether we will know the outcome of the investigation or whether “SC Dunjić” will sign a new annual contract with the new director of the Health Center. 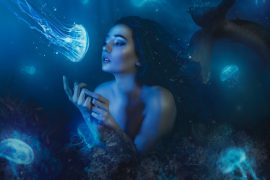 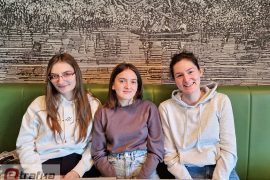 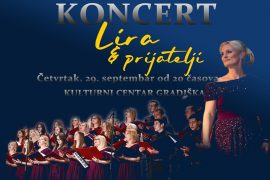